On Driving in Adana

I haven't yet had the pleasure of driving in Adana. I'm sure my time will come once our car arrives on the slow boat from D.C. However, I am not looking forward to it. Why? Because I have been observing the drivers around here, and they are terrifying.

I had grown accustomed to the drivers in New York and even D.C., which according to this survey is the worst driving city in the United States.  Surprisingly, as aggressive and crazy as the drivers are in New York, that city didn't even make the top 10.

So then, where does Turkey rank on the list of worst drivers around the world?  Well, in this 2009 survey, it ranked #4.  Number four on a list of the ten most dangerous countries to drive in.  That's pretty harsh.  Now, there have been more updated lists since this survey was released four years ago, and Turkey wasn't even on it, which is reassuring.  But having been here as a casual observer for the past few weeks, I can personally say the driving is still pretty terrible.  Or maybe it's just here in Adana.
The rules of the road are very different here, and sometimes I wonder if rules exist at all.  Red lights for stopping?  Forget about it.  Parking on the sidewalk without getting a ticket?  Absolutely acceptable.  In a way though, I kind of like that idea.  I mean, finding a parking spot in big American cities is always such a hassle.  Wouldn't it be nice to pull onto the curb, throw the car in park and go run your errands without fear of consequences?
But parking and red lights aside, what really scares me is the way drivers don't stay in their lanes and casually cut you off.  Drivers will jump across three or four lanes of traffic to make a turn or exit a traffic circle, and they won't look twice before doing so.  Cutting drivers off is a big deal here and that's how most accidents occur.  Forget about checking rear view mirrors or blind spots.  And turn signals are hardly ever used. They just go for it.  I've seen it happen at least a dozen times so far, and my heart always ends up in my throat.
So what happens if you get hit or hit someone?  Well, according to the one rule of driving that everyone does follow, you do not move your car.  Once you move it, the accident is automatically deemed your fault and apparently you don't want that to happen.  Then things get complicated.
Thankfully, the consulate employs a very smart, capable and extremely nice guy who will come out and assist you if you find yourself in such a predicament.  (Go ahead Mom, you can breathe a sigh of relief now.)  He will talk to the police and get things sorted out while you just stand there looking sheepish or pissed off, depending on who is really to blame for the accident.  He is number two on my speed dial, right after S, but I sincerely hope I never have to call him.
When I took driver's ed oh-so-long ago, the first rule I learned was to always be alert.  This is the rule to live by when driving in Adana.  And probably in most cities going forward.
For now, I will stick with walking.
Posted by L-S-E at 4:10 AM 2 comments: 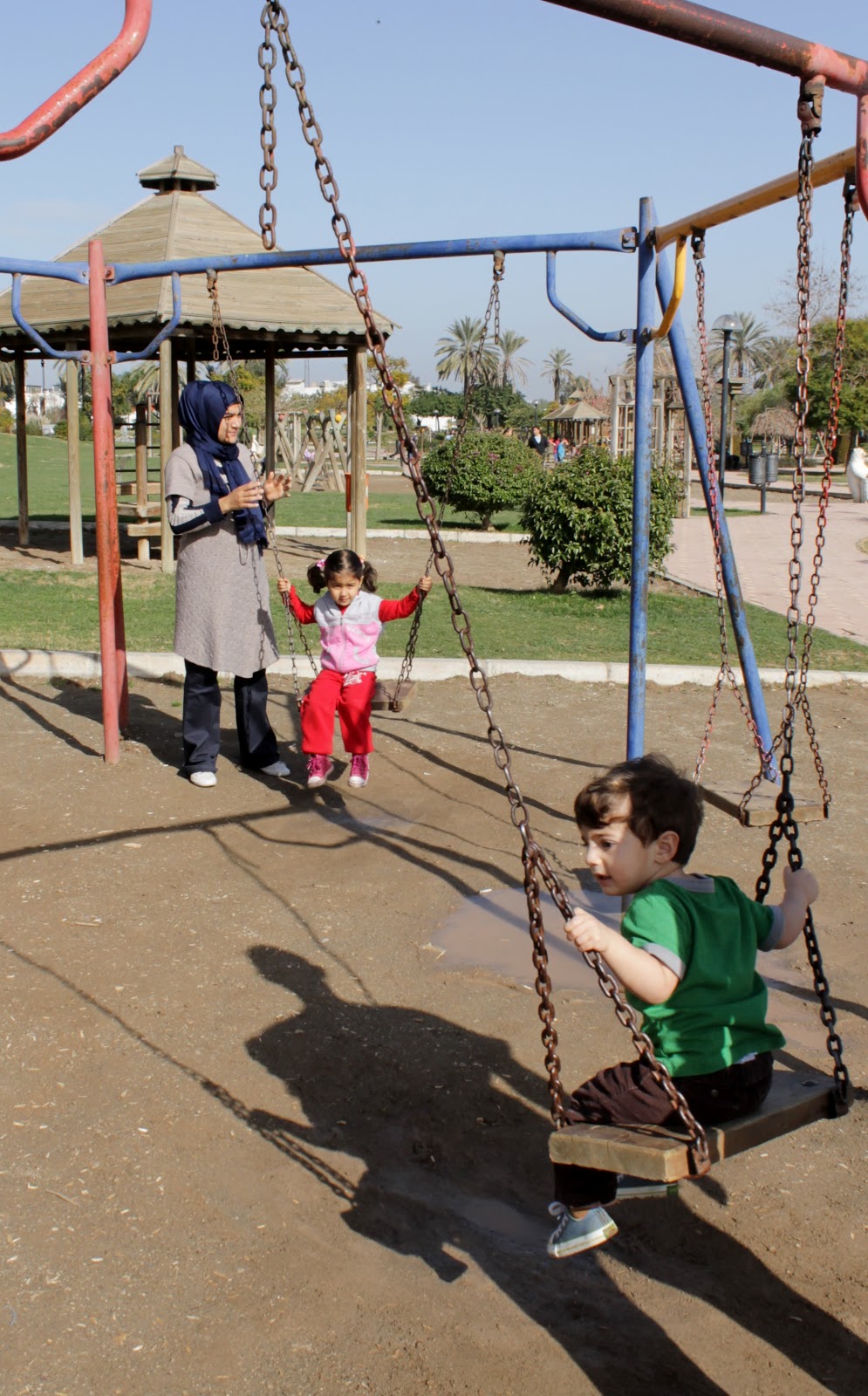 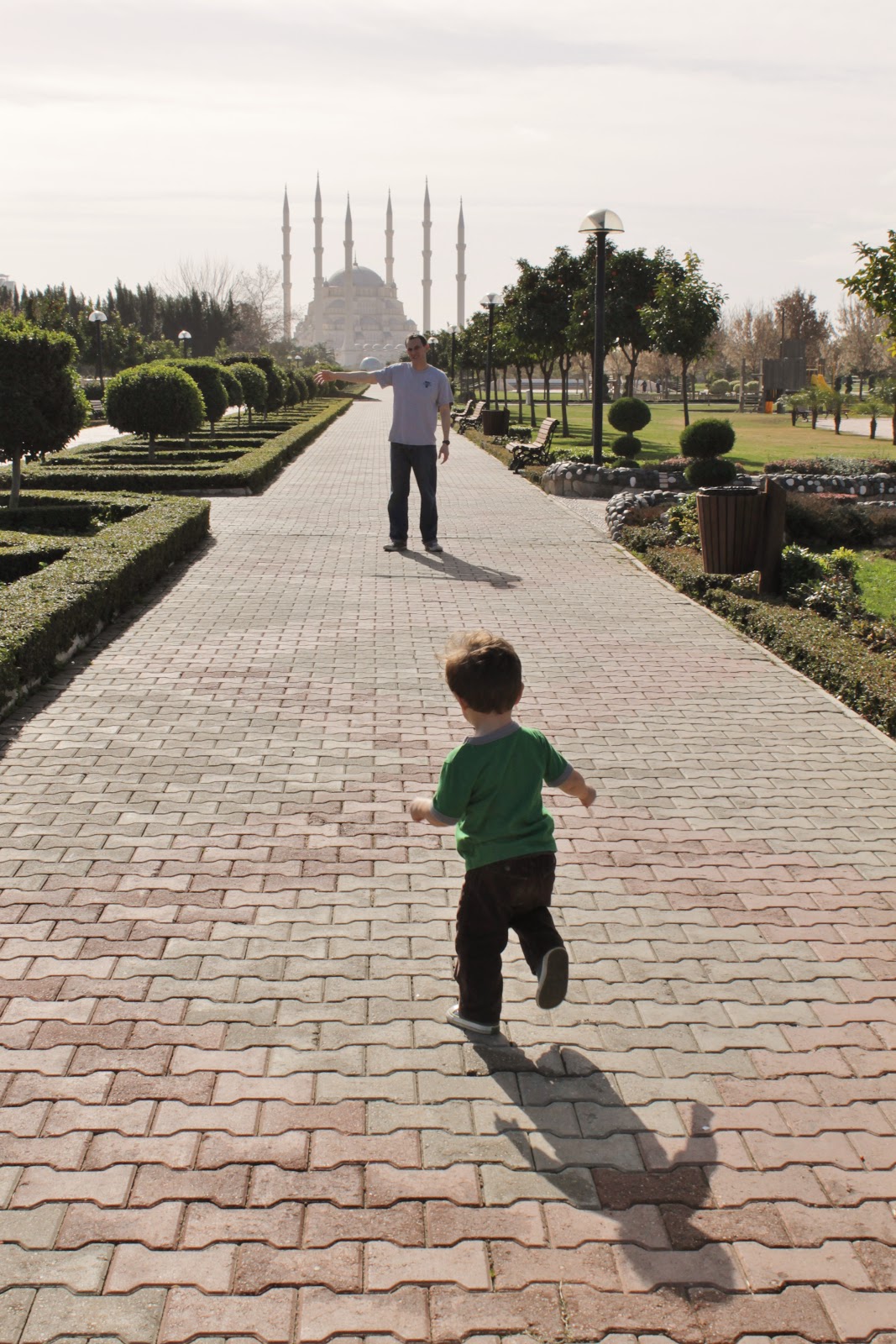 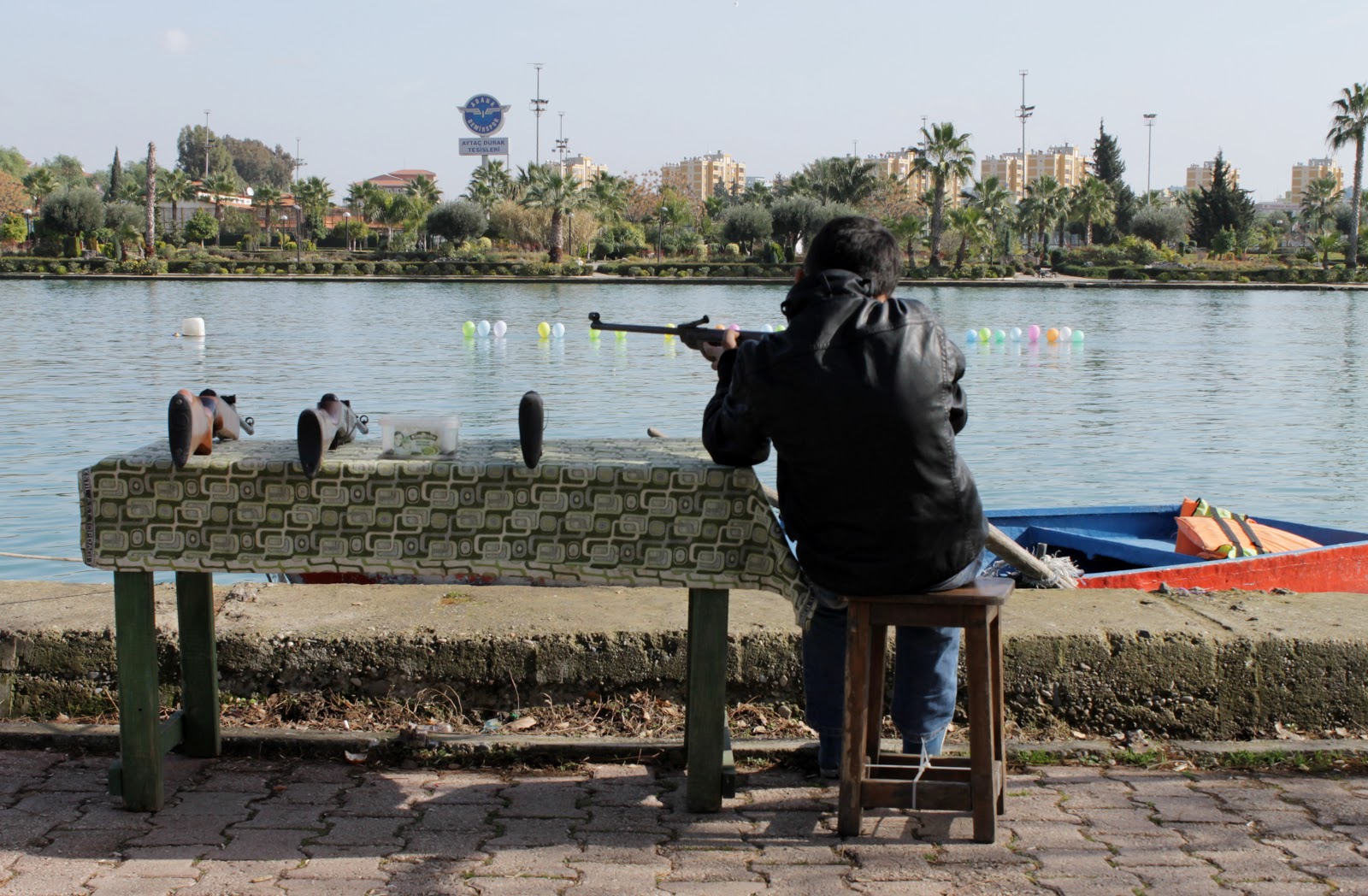 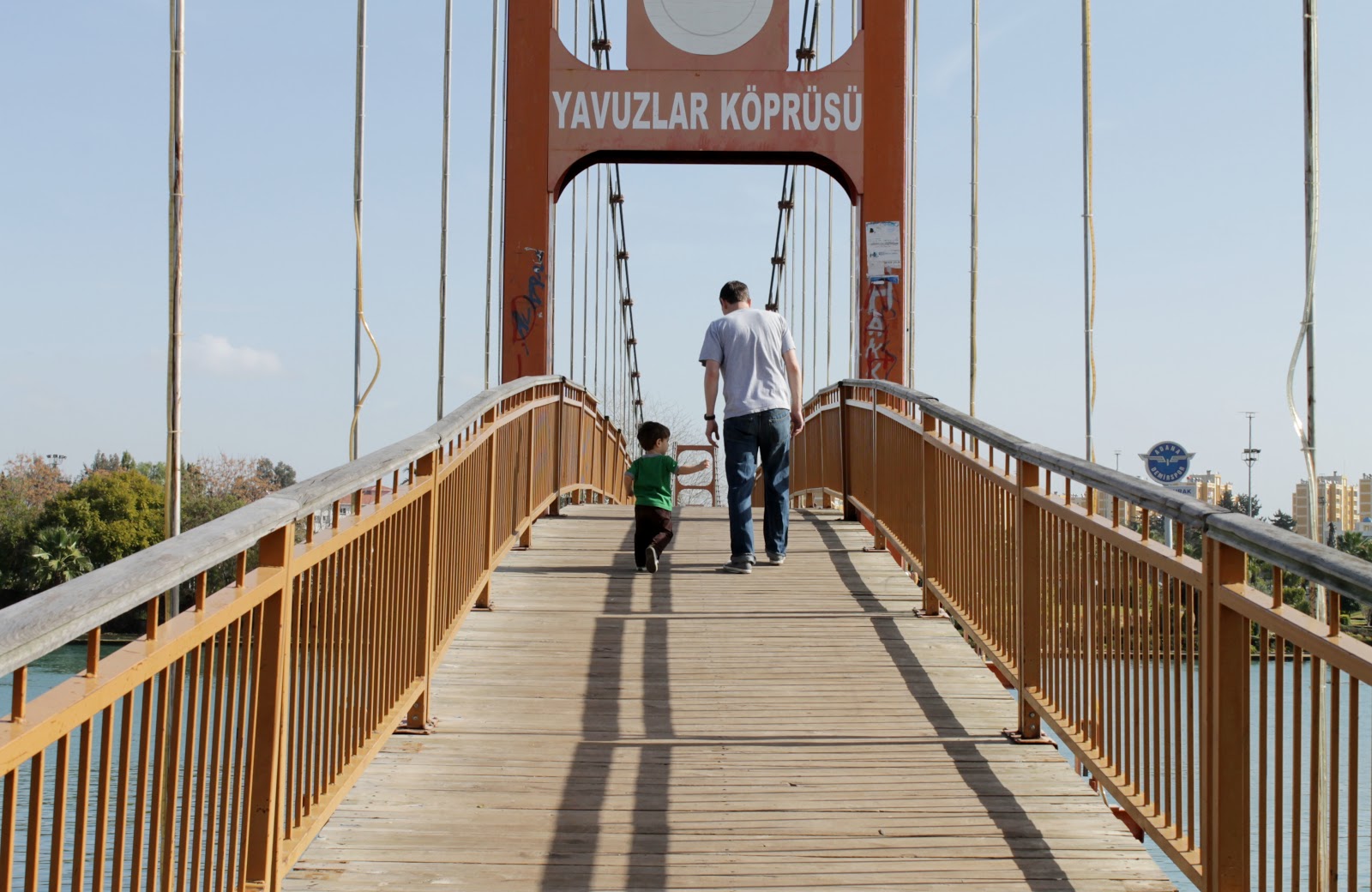 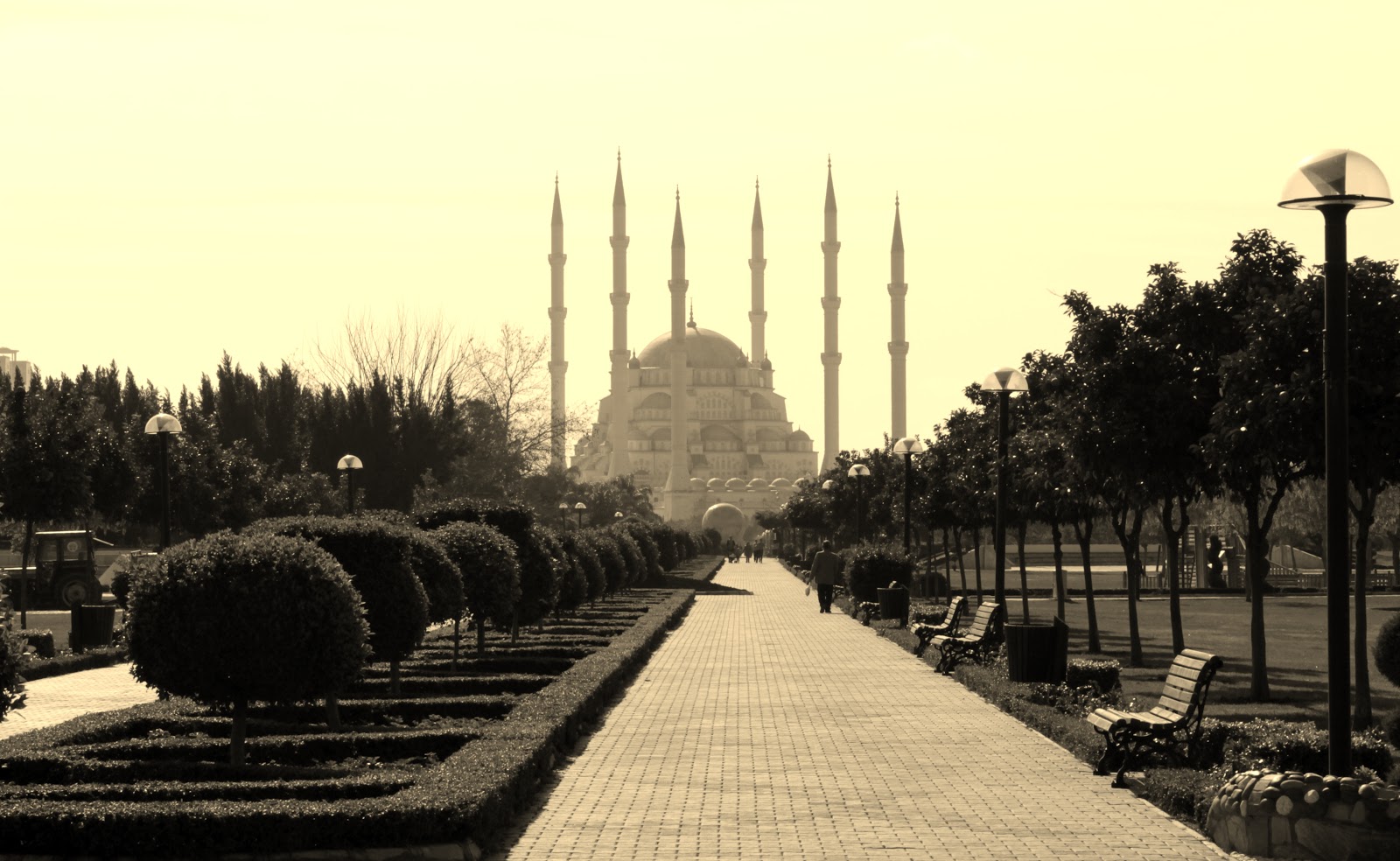 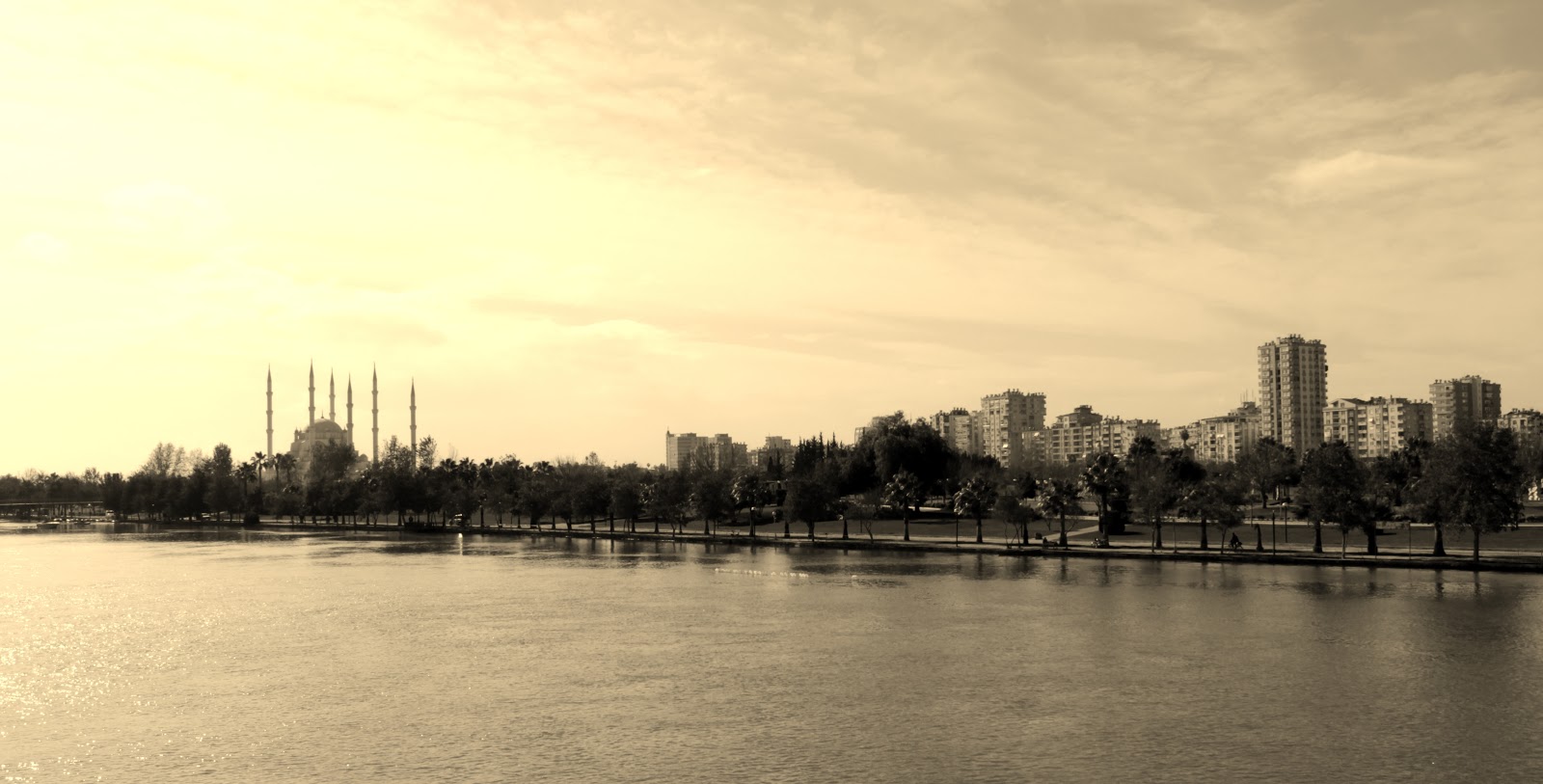 We are having a rare rainy day here in Adana, so instead of exploring the neighborhood or checking out the local markets like I usually do, I am sitting at home sipping hot tea and catching up on blogging.
Last weekend, S had Monday off compliments of the great Dr. King, so we took the opportunity to explore the neighborhood as a family.
There is a beautiful park here that we have come to love, so we spent the mornings there E.  That kid loves to slide, so we went up and down all the different slides until we were convinced he was tuckered out.  But no, after the slides came the see-saws, and then of course came the running.  For the record, E doesn't walk anywhere, he runs.  We try very hard to get him to walk, "E slow down, E watch where you're going, E WALK!" but he just shakes his finger at us and says "No walk.  I running!" He is really feeling his "almost-two-ness" lately, and if we can't get the kid to actually listen, then the least we can do is take it outside.  So yes, once the slides and see-saws had been exhausted, E ran...and ran...and ran.  He even gets into a little runner's stance and says "Ready, Set, Go!" before he takes off.  Maybe one day we'll have a future track star on our hands.
But I digress...

Once the running was under control our afternoons consisted of yummy Turkish lunches, a stop at a local ice cream shop, and casual strolling along some of the main avenues in our area.  S and I love to discover new places and make a mental list of all the restaurants or cafes that we would like to try, so we started our list last weekend.

First up was a small place nearby that specializes in tuvuk durüm.  Tuvuk durüm is basically a chicken wrap, but it's a chicken wrap Turkey-style, so it's better.  Unfortunately, we weren't able to successfully communicate that we wanted tuvuk durüm because our waiter ultimately served us a plate full of sliced chicken, bread and a second plate loaded with pickled veggies. I guess the looks of confusion went unnoticed by him because he sauntered off with a happy smile after handing us the food and restocking our napkin supply.  Whatever it is we did order looked fantastic anyway, so we dove in.  And it tasted just as good as it looked.  E was even impressed with the pickled veggies, a first food experience for him.  We will be back again soon, I'm sure.

The ice cream stop was more successful thanks to the Turkish-English fruits and veggies board books we bought E for Christmas.  What is strawberry again?  Oh yeah, here's E's book...Çilek.  Thanks!

After that we strolled along checking out more shops and adding to our list of restaurants.  Thankfully, there are loads of fine (and not so fine) dining experiences just within a five to ten minute walk of our apartment, but that also means we are going to have to do a LOT of eating out if we are to cover all these places.  And we have only just scratched the surface.  I can't wait to see what this upcoming weekend has in store for us.
Posted by L-S-E at 12:06 PM No comments: 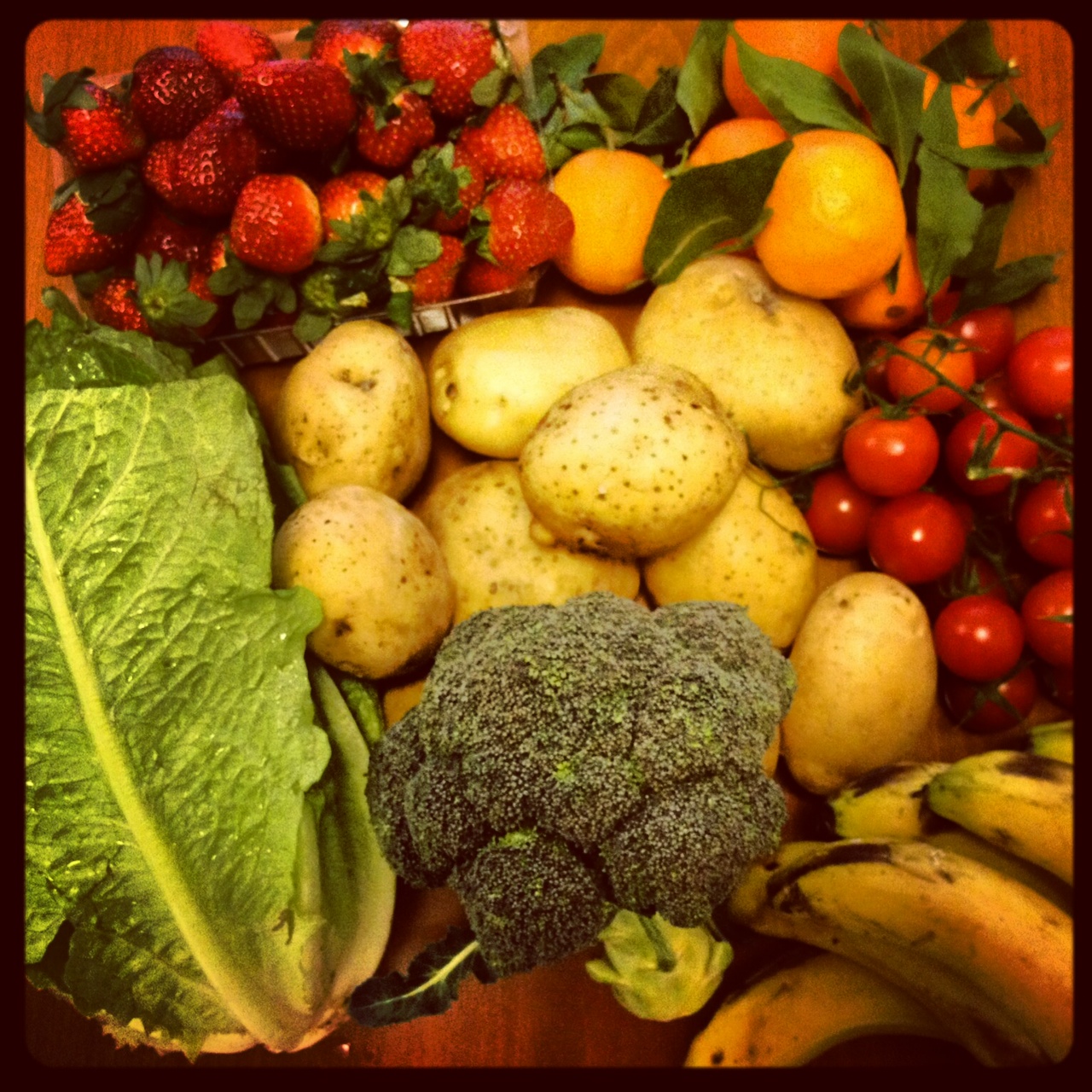 The Funny Side of Getting Lost in Translation

When I say I have been heavily relying on English/Turkish phrase books and iPhone translation apps since we got here, that would be an understatement.  Sometimes my words are understood, and sometimes I get confused looks when I try to say out loud what has just been translated for me electronically.  Now, I can't tell if it's because my pronunciation is so horrible, or if it is because what I am trying to say makes no sense.  In any event, trying to do everyday tasks in a country where you can't speak the language even a little bit, is hard.
Yesterday, the communication problem reached a humorous peak when I went to pick up E from daycare.  I got there a bit early because I wanted to chat with his teachers and see how his first full day was...did he eat okay, did he nap okay, is he adjusting...those sorts of things.  I confronted the situation head on.  After all, I had two different translation tools in my grasp, what could possibly go wrong?
Well, things started out smoothly enough.  "E sleep one and half hour" I was told after the teacher consulted her own Google translate app.
I smiled and said "iyi teşekkür," which basically means, "good, thank you."
This proceeded for another few minutes as I was told what E ate for lunch and snack, how well he played with others, and that he is already picking up on some Turkish words like "şapka" (hat) and "Merhaba" (hello).
And then his teacher thought it would be a nice idea to tell me how many soiled diapers E had that day, which is great.  I would like to know that my child is having regular bowel movements.  Cuz Lord knows a constipated child is a cranky child.
So the translation process continued.  The teacher leaned over her app and typed something in Turkish.
Then she turned the screen toward me, plastered a big smile on her face and said, "E shit two time!"
It took everything I had not to burst out laughing.
What? Shit?  Really?  All I could think, besides, "OMG, did she just say shit?" was "what Turkish word is actually translated to shit?"  I mean, couldn't Google translate it as "poo" or "poop" or "crap?"
She was so proud of herself and that sweet, innocent smile just made it all the more endearing.  Of course, I suppressed my urge to laugh and proceeded to nod and smile.  Because of course, who knows how many times I've said something equally ridiculous and funny to them.
But then she kept saying it. "No! Mistake shit!"
Ahh, she realized her mistake of using a curse word, I thought as I tried to hide my smile.  Good, because I don't want to have to correct her, I thought.
"Mistake shit!" she said again.  "E shit THREE time!"
Oh boy.  Her mistake was with the number of times he actually pooped, not the fact that she was using the wrong word.  My smile was about to explode into full blown laughter, but I kept it together.  Even as she capped off the conversation with "Many shit! Big shit!"
Yes, yes.  My kid pooped a lot.  Got it.  Teşekkür.
In the end I thanked her and bid her a good afternoon, all in Turkish and without the use of a translation app.  No, I didn't have the heart to correct her, but perhaps next time, after the shock wears off and I have had a chance to fully giggle at this little moment of being completely and utterly lost in translation.
The fact is, E's teachers are amazing.  They are affectionate and caring and they are really helping him learn.  So what if we get a little lost in communication.  I can't wait to continue learning from them and I can't wait to see the progress E makes as well.  He is loving everything so far and I just want that to continue so I can continue to see that smile on his face everyday.
Posted by L-S-E at 12:50 AM 2 comments: 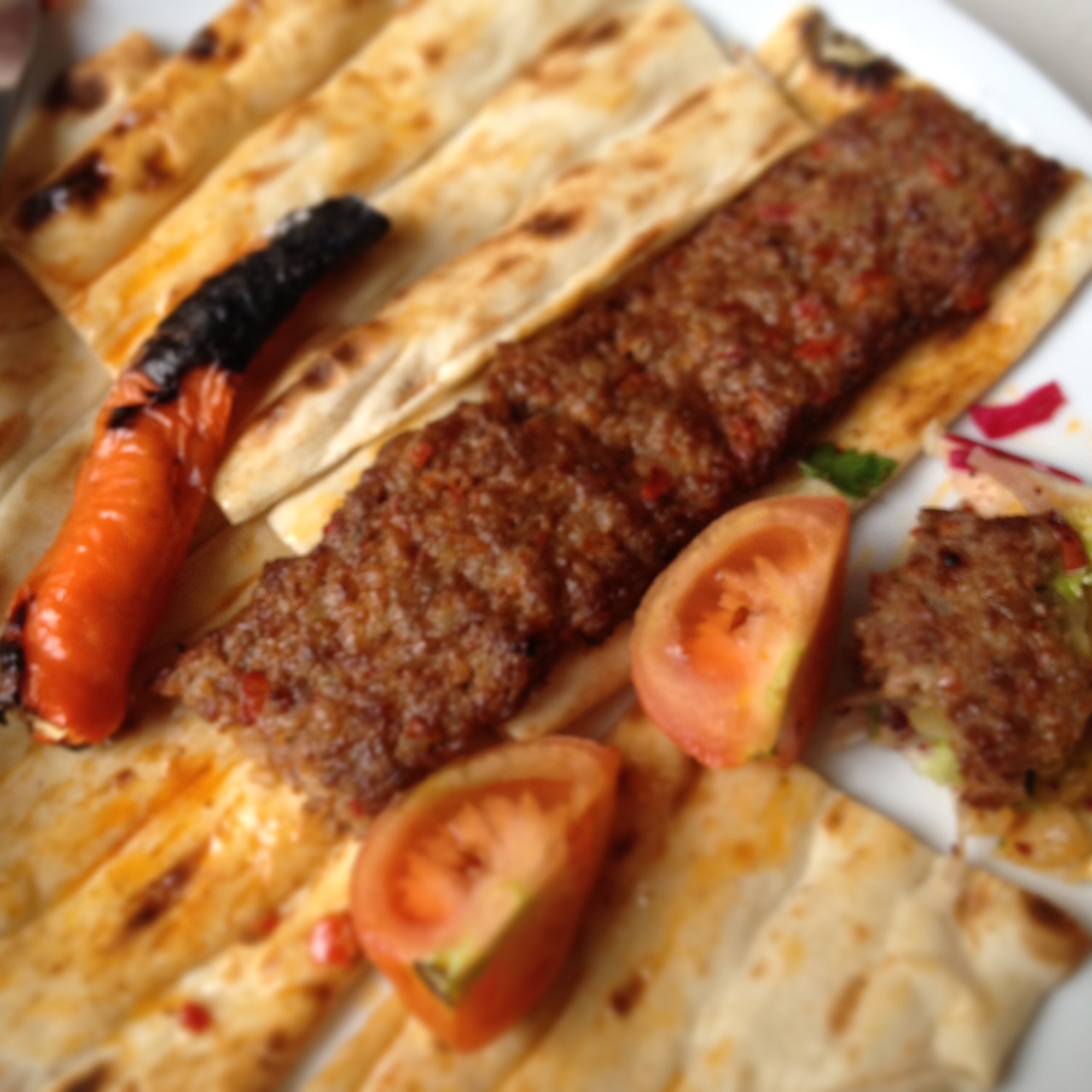 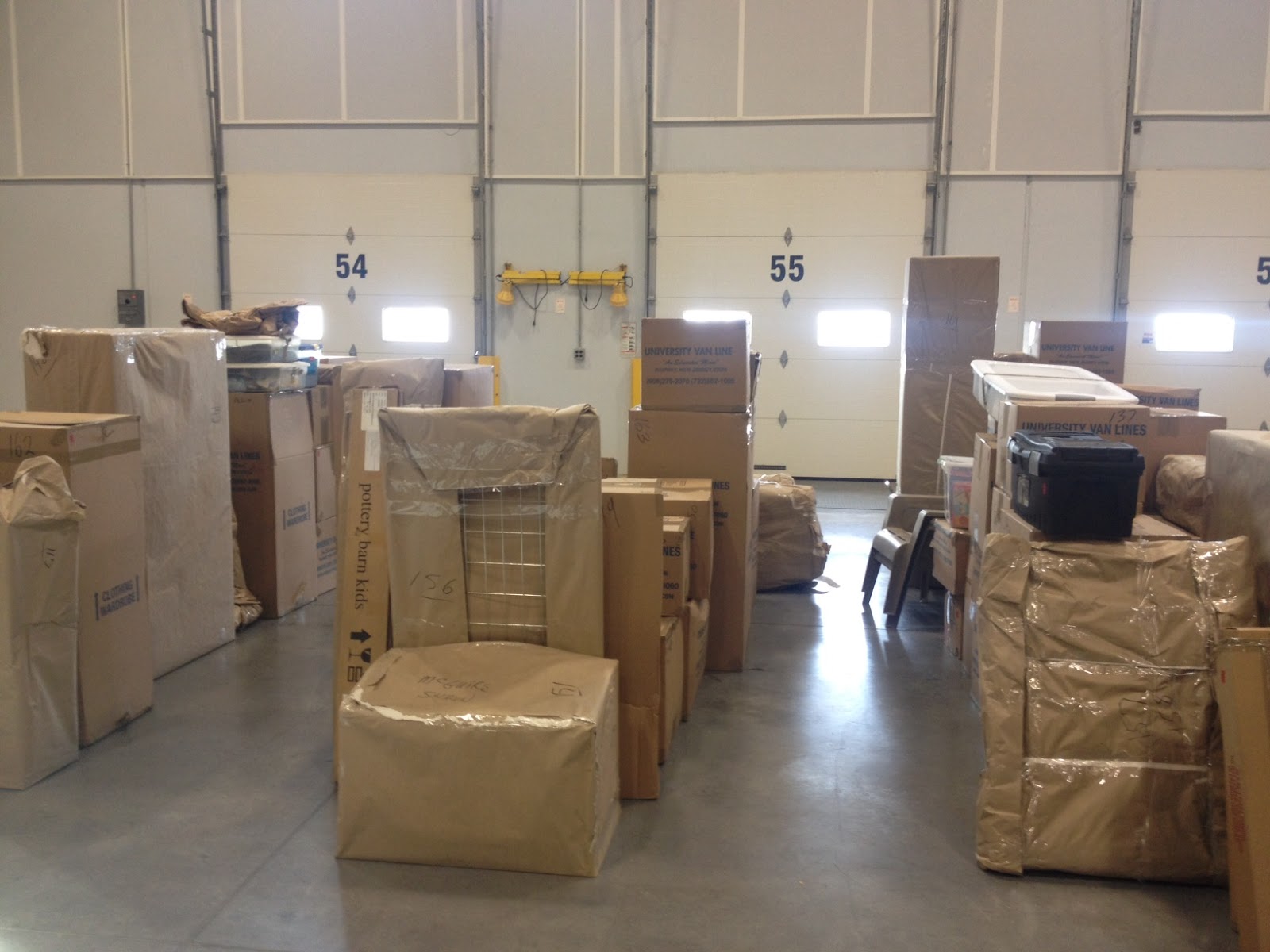