Our little Astronaut and his Space Alien little brother had fun trick-or-treating at the nearby air base again this year.  E really kicked it into high gear this time and practically sprinted door-to-door.  He got a good haul of candy, but most importantly, he remembered to say "thank you" to everyone after about the 3rd house or so.  Also, being the evil  fun mom that I am, I attempted Jimmy Kimmel's "I Ate All Your Halloween Candy" prank with E this year.  The result: E laughed at me, told me to stop being so silly, then asked me to take trick-or-treating again later.  Ummm, I don't think he quite gets that it is a one-night only deal, but at least he didn't throw a tantrum.  I quickly revealed his hidden candy and all was good with the world. After I threw half of it in the trash...he doesn't need all that sugar, trust me. 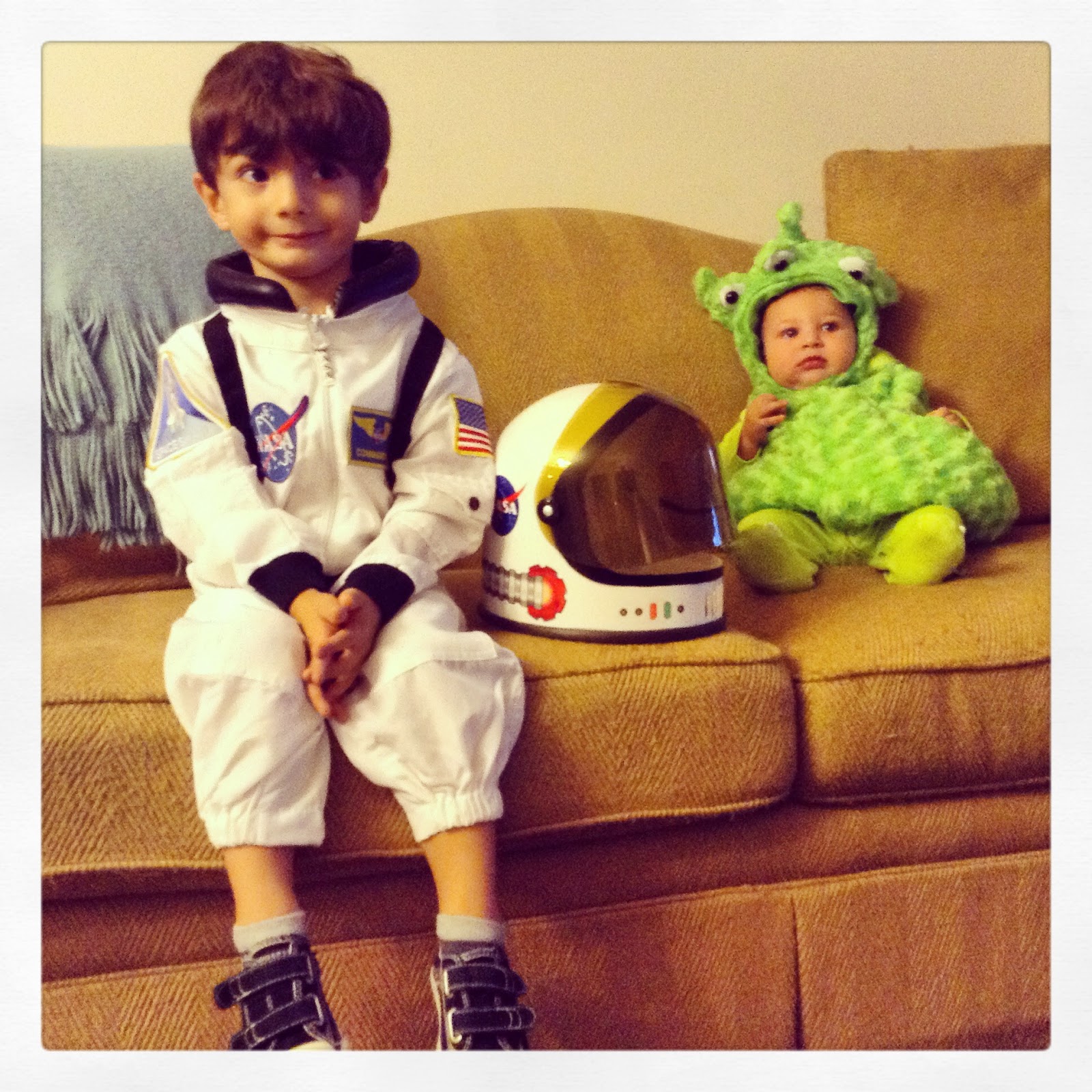 S and I attended the Consulate Halloween party again this year, too.  We had ordered our costumes online and by Wednesday, when they still hadn't arrived, S purchased some crappy last minute outfits just in case. Thankfully, the costumes arrived Thursday afternoon, much to my delight.  I love my husband, but I really didn't want to wear the crap costume he had picked out.  And besides, I've been waiting a long time to become a Rockford Peach!

Everyone had fun putting their costumes together.  As you can see by the photos below, the creative juices were flowing...and maybe the alcohol too.  I've got big expectations for Halloween in Bogota next year!