I don't know where the time goes.  Seriously.  I have all these blog post ideas in my head, but can rarely ever find a free moment to sit down and actually write them.  Between work, baby and preschooler. the holidays and vacations, not to mention a looming pack out deadline, I just can't find the time.  But, in an effort to get you all caught (somewhat) up to speed on things with the McGuire clan, here goes...

E was enrolled in soccer for six weeks and that went, well...it went.  At first, E wanted no part of the whole soccer thing, which was surprising to us because at home, he loves to play.  We quickly learned that actually playing with other kids and participating in a "team sport" was the issue.  E likes to do things his own way, and frankly, he has too much energy to stand still and listen to a coach when all he really wants to do is just kick the ball already. Needless to say, the first few weeks were rough. There was a lot of "if I can't do it my way, I'm not doing it."  There were tears.  There was whining. There was maybe a little bit lot of lecturing on our end, and a few threats of "no cartoons or treats if you don't get out there and play" followed by, "if you're not going to play, you at least have to stand on the sidelines and cheer for your teammates," because we refused to let him quit. If he decided after the season was over that he never wanted to play soccer again, fine.  But quitting midway through the season was not an option.  Ultimately, just as the season was about to end, E decided that being a part of a team wasn't so bad.  He actually got out there and participated and enjoyed himself.  Which we knew would happen eventually.  His soccer future is still to be determined, but we're not ruling it out just yet.

S and I attended Adana's first Marine Ball back in November.  The consulate got it's first marine detachment less than a year ago, at the height of the Syrian fighting when it looked like the U.S. might strike.  Until then, this sleepy little consulate had been coasting by with just an RSO for security. Now, we have an entire security team complete with RSO, ARSO, Marines, the works.  It is no longer a sleepy little consulate, in other words.  But it is still very safe here.  Of course, we were happy and honored to be a part of the first Marine Ball, and we are looking forward to many more. 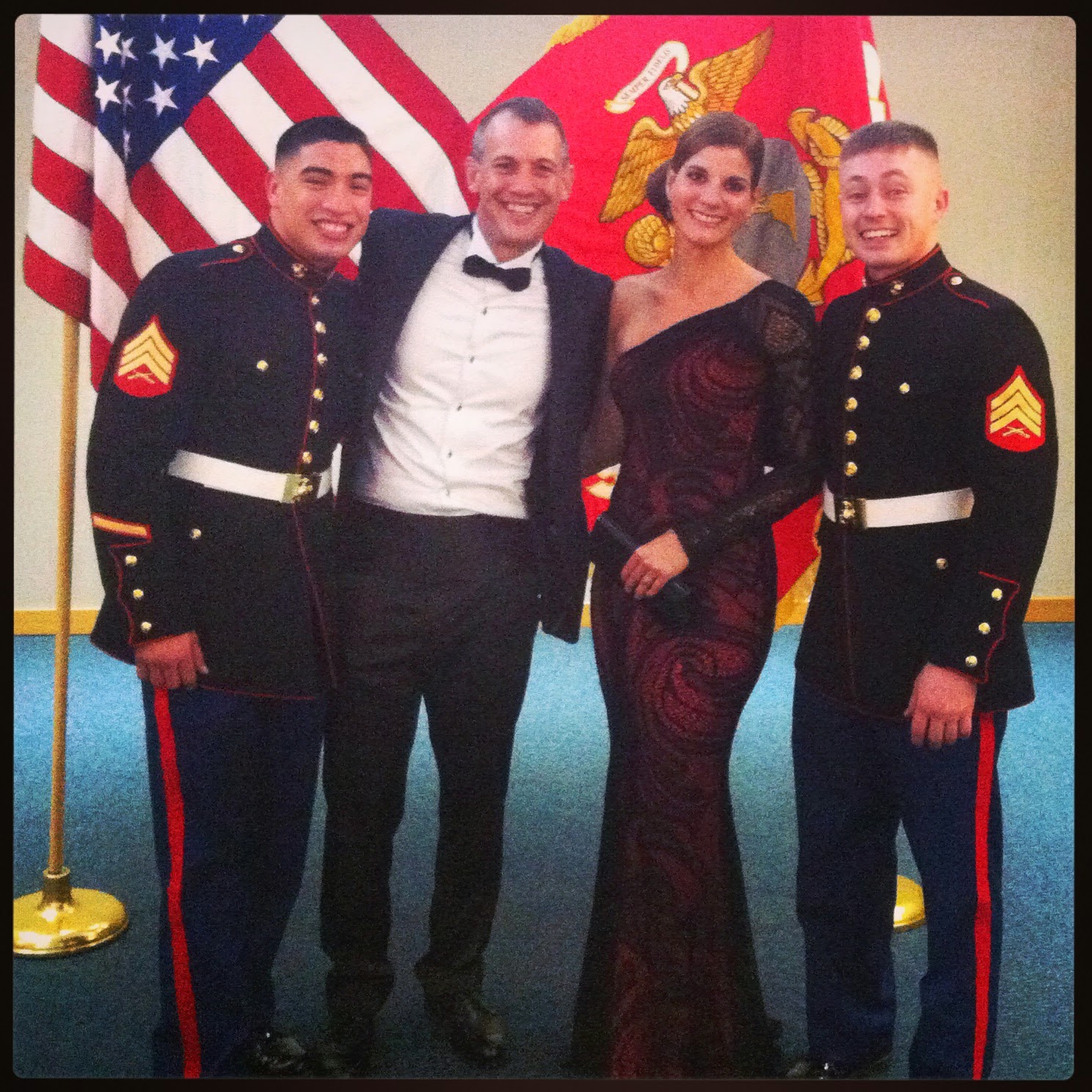 In baby news, D-man is getting bigger, and the little rascal is on the move.  After commando crawling for the past 2 months, he is up on his knees doing a proper crawl.  Of course, I can't take my eyes off him for two seconds before he is off and headed in the direction of his favorite thing: the black cord attached to the government-issued floor lamp.  Or, you know, the dog's water bowl.  He has two bottom teeth and two new top teeth are making their way out as I type.  He is babbling a lot more these days, too, and I swear he is speaking Turkish. "Gel" (pronounced with a hard G) the Turkish word for "come" frequently rolls off his tongue. Dada is another word he uses quite often, much to mommy's chagrin.  But! According to his nanny, he is saying "Anne" (ah-nay) which means mother in Turkish.  I have yet to hear him say this word, so I think she is just making it up to make me feel better.  Mission accomplished.

Thanksgiving was a blast again this year.  We did the whole pot-luck thing again, which was a lot of fun.  I made macaroni and cheese and my grandmother's cornbread dressing.  The cornbread dressing was actually requested this year after it turned out to be such a success last year.  You hear that grandma and mom?  The dressing is famous here in Turkey!

Here is our spread.  This food fed about 30 people.  It. was. amazing. 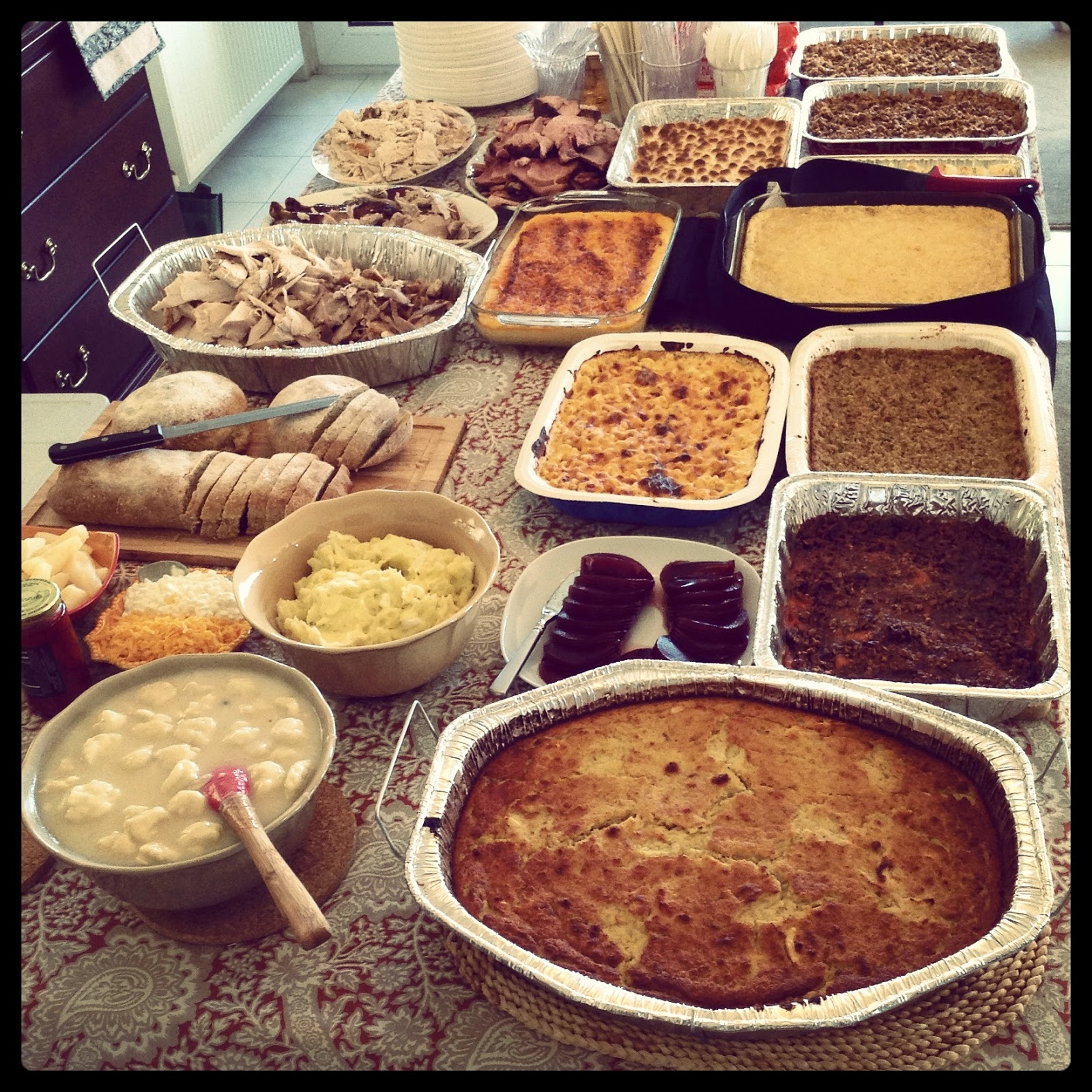 After Thanksgiving, we promptly hopped on a plane to Germany where we spent 10 days drinking lots of glühwein and eating lots of curry bratwurst while exploring dozens of Christmas markets.  But I'll save that for another post.  Until then...
Posted by L-S-E at 12:48 AM