Out and About in D.C.

We have had friends and family visiting for the past two weekends, so it finally gave us the opportunity to get out and see some of the city.  S and I had been to D.C. several times before actually moving here, so we had seen a lot of the "big ticket" items, but it was still fun to take our friends and family around to let them experience these historic treasures for the first time.

One thing we had never seen before, however, was the National Zoo.  So when S's family came in town for Flag Day, we wasted no time taking E and his cousin to see the animals.  The boys had an excellent time roaring with the lions and mimicking the monkeys and gorillas, but the highlight of the trip?  Why, the chickens at the children's petting farm of course.  Apparently exotic, interesting animals like lions and tigers and gorillas were just so-so in their eyes. The chickens were the golden ticket.  The rest of Flag Day weekend was spent enjoying family dinners, brunch in Georgetown and of course, letting the boys run like wildlings every chance we got.  One good thing came out of the wild running -- looong naps.  And bit of sweet relief for moms and dads.
﻿
﻿﻿
﻿﻿ 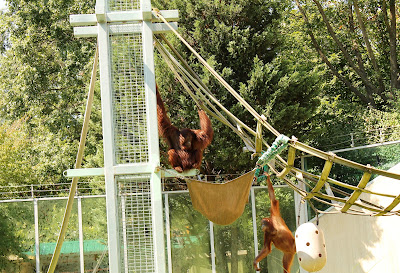 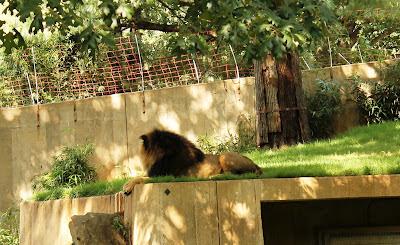 ﻿This past weekend my friend from New York came to visit with her two kids and her sister.  We had quite a busy time time trying to dodge raindrops while maneuvering three strollers and three babies/toddlers along the National Mall, but it was worth it.  My friend had never been to D.C., so we had a lot to cover in just two short days.  In the end, we narrowed our sites down to the White House, Washington Monument and a few other monuments on the Mall.  Of course with three small children the second day of their visit had us back at the Zoo for the second straight weekend, but this time it was a little different.  We got to see the elephants returning from a hike and two orangutans playing hide and seek under a blanket.  I'm telling you, animals are WAY smarter than human beings want to believe.

I think my friend's son really enjoyed the visit too.  Unfortunately, the the Zoo trip ended quicker than planned when he came down with a fever after about an hour there, so we decided it was best to leave.  I still think that despite that minor setback, everyone had a fun time.

There are no visitors on the agenda for this weekend, but that doesn't mean we don't have plans.  There's so much more to see and do!  I think it's time to start making a list... 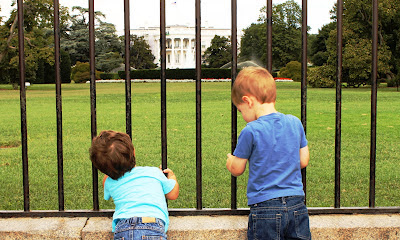 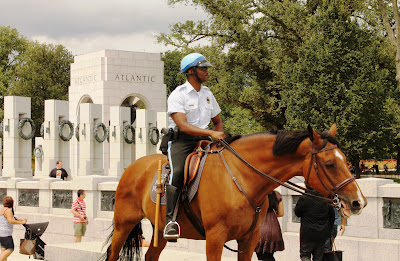