Let's Go To The Mall

Our attempts to get back to the beach have been thwarted two weekends in a row.  Mother's Day weekend brought rainy and unseasonably cool weather, so we were forced to stay close to home, much to the disappointment of me, Mom, and E, who had been walking around the house with his pail and shovel for two days saying he couldn't wait to play in the sand.

Then yesterday, S was called into work unexpectedly and by the time he was home, it was too late to pack up the car and go. So we decided to spend an afternoon at the mall instead.

There are two malls here in Adana.  One is closer to our apartment, but it is multi-leveled which makes it a hassle to enjoy when schlepping a large stroller around. The elevators are extremely slow and always crowded, and the escalators just aren't wide enough to fit our BOB.  (Yes, I am that mother who puts her stroller on the escalator).  So, we headed to the other mall that is only one level and more stroller-friendly, and also has amazing play spaces for kids of all ages.

The Turkish people as a whole love kids, and it is rather common to build malls, restaurants, and cafés around children’s needs.  Every nice restaurant has a playground for the kids to enjoy and the wait staff acts as babysitters while parents sit and enjoy their meals.  S and I haven’t quite gotten used to this luxury because we still get up to monitor E’s play wherever we go, only to be shooed away by a waiter telling us he will be okay.  And he is, so we try to chill out and go with the flow.

Anyway, this particular mall has not one, but two arcade/Chuck-E-Cheese-type places inside, as well as two trains that travel around the corridors and several random bumper car stations and carousels.  E had never taken interest in any of these places before, mostly because they were extremely loud and crowded and I think they intimidated him.  But yesterday?  Yesterday was the day he finally asked to go inside.  So we did.

He drove a little electronic car... 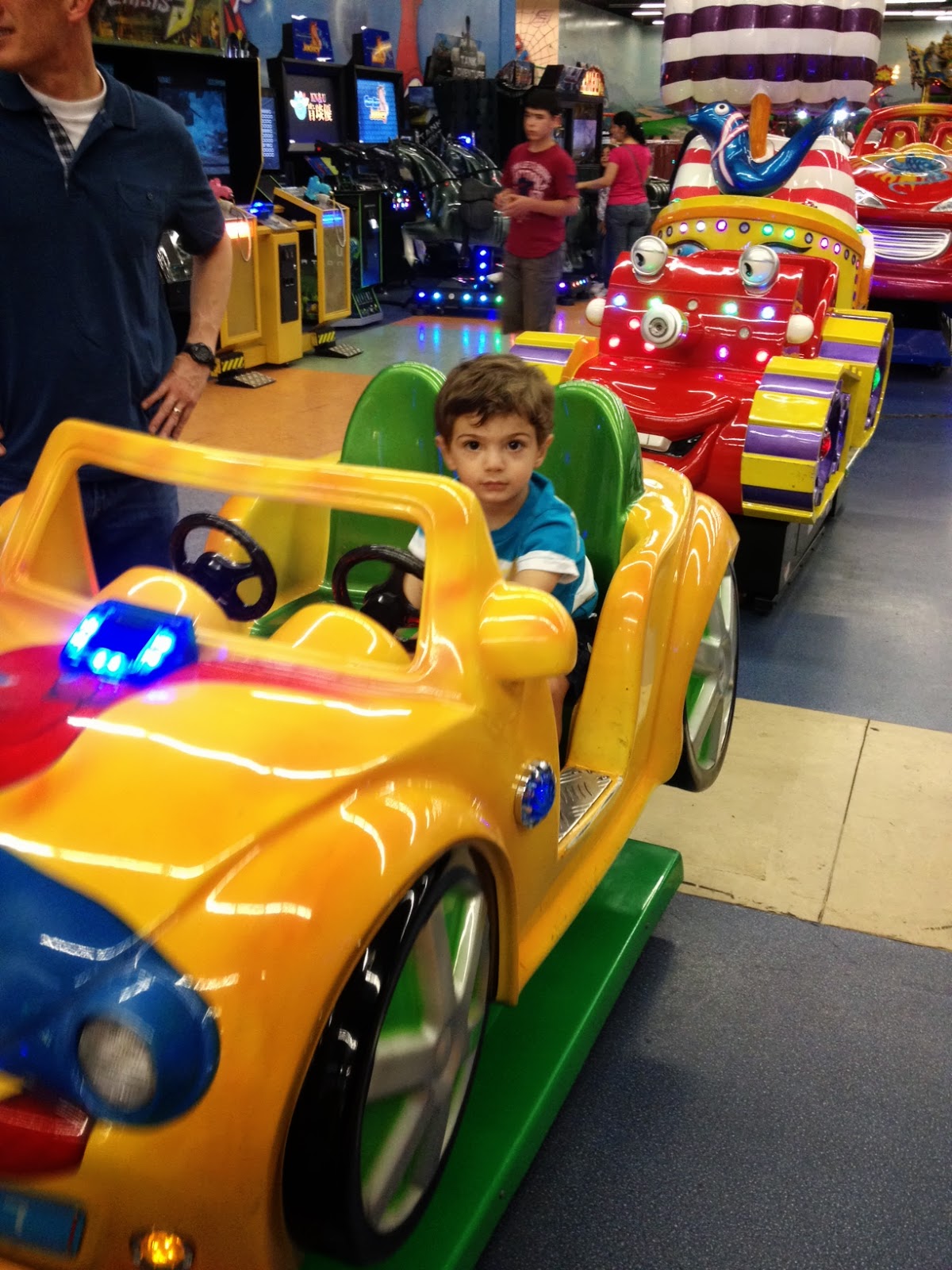 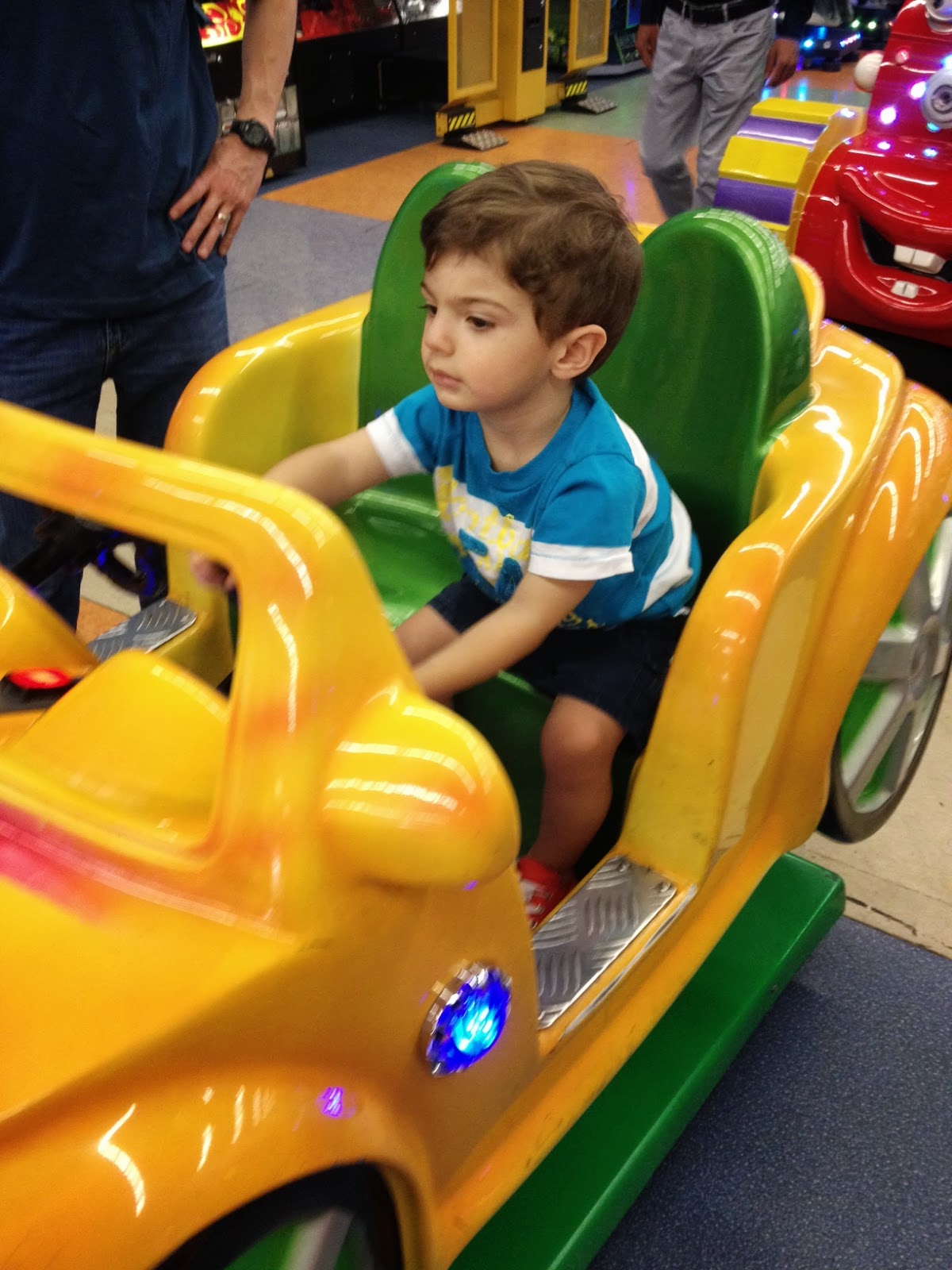 Then tried his hand at piloting an airplane, before getting completely freaked out by the sudden jerks and lurches, and demanded to be removed before he flew into a full-fledged tantrum. 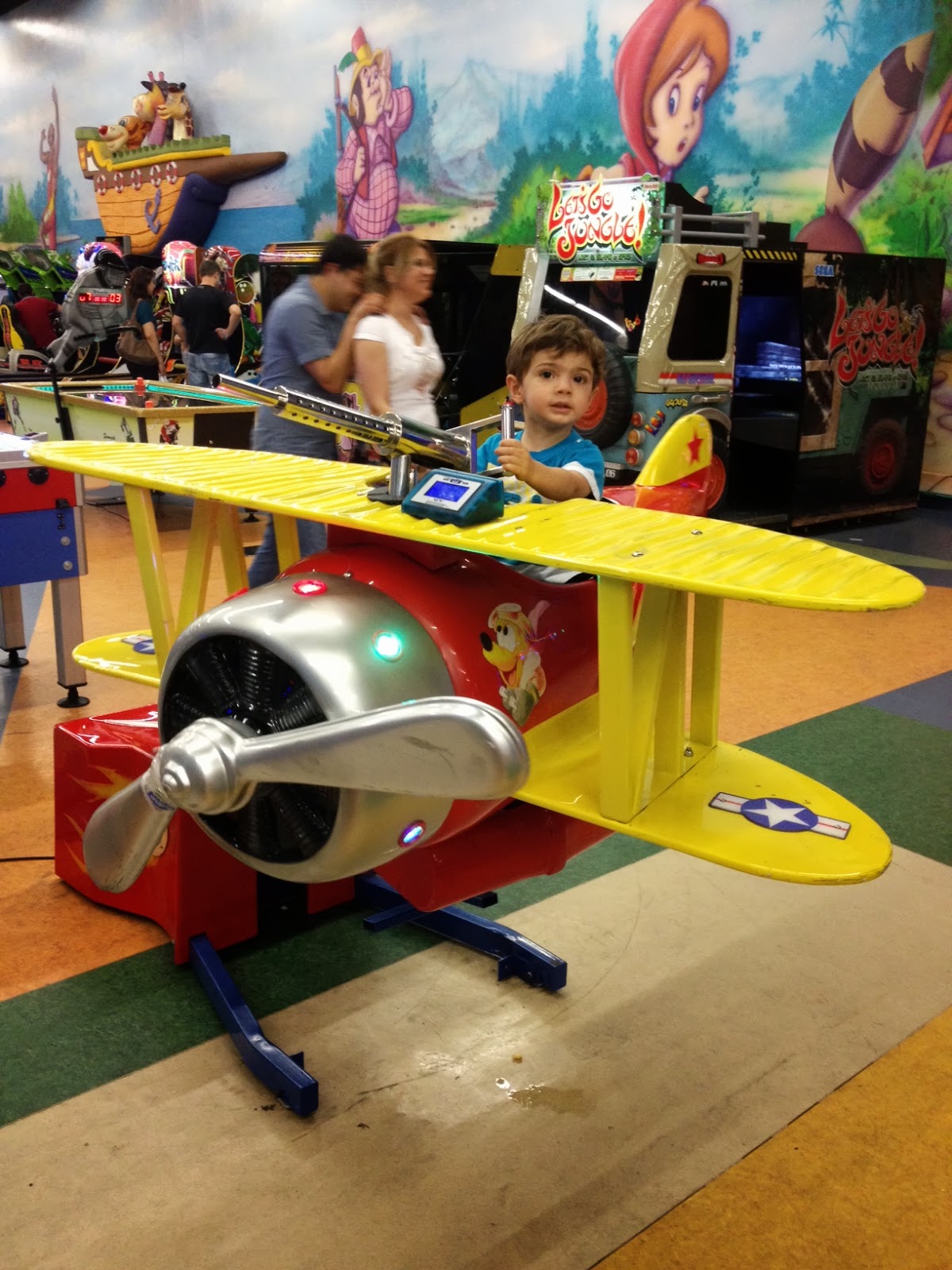 So we walked around for a bit to let him check out the rest of the chaos fun activities before settling for a ride in this cool boat.  Of course, he demanded that Daddy ride with him.  S was more than happy to climb aboard.  In fact, it was hard to tell who enjoyed it more.


The fun-zone also had an entire trampoline section, which was composed of several mini-trampolines divided by nets so the kids could jump and not fly into each other.  It was very interesting, to say the least, and even though E really wanted to jump, the line was too long to wait.  So, we got him a balloon and headed for the  nearby Starbucks, where yes, there is a play area for kids.


**And just so everyone isn't totally confused, there are actual stores at the mall.  In fact, there are some really good stores, with very affordable clothes.  Marks & Spencer, Mango, GAP, LC Waikiki (a Turkish store similar to Old Navy), DeFacto, and much more.  Turkey is a great place for affordable clothes.