We recently had relatives in town, so we used their visit an opportunity to take a few road trips that we had been planning for a while.  The first trip was to visit the Zeugma Museum in Gaziantep, a city approximately 2.5 hours east of Adana. S had visited this museum on a work trip a few months ago, and when he came back raving about how amazing it was, I knew I had to see it.

The Zeugma is the largest mosaic museum in the world, located along a portion of the historic Silk Road. The museum itself gets its name from the ancient city of Zeugma, a town in southern Turkey near Syria, believed to have been founded by a general in Alexander the Great's Army.  The mosaics, which were decorative pieces on the floors of homes in Zeugma, were unknown for nearly 2,000 years, until they were discovered in the 1970's.  Then in 2000, they were excavated in an emergency effort to save them before a dam that was scheduled to be built on the Euphrates River flooded them all.  A team of Turkish, British and other international archaeologists got together  and worked around the clock to remove as many mosaics as they could.  Unfortunately, not all were saved, and portions of Zeugma are now under water.  What was saved, was restored and preserved and put on display in the Zeugma Museum, which opened in 2011.

The mosaics are breathtaking.  Some of the more simple ones contained geometric shapes and basic patterns, while the more intricate ones contained images of Poseidon, fish, the sea and more.  The most famous of the mosaics, however, is the one called Gypsy Girl. She is secluded in a dark room, on display under a dim light where an employee stands guard at all times. She is so popular, in fact, that she is known as the Turkish Mona Lisa.  No one knows who she is, but the intense gaze of her eyes, which seem to follow you from every corner of the room, are so life-like, that you can't help but be mesmerized.  Some have even theorized that this was not a Gypsy Girl, but was  Alexander the Great, in woman's clothing.

Whatever your particular belief though, you can't walk away without admitting it is a stunning piece of artwork.  The entire museum was well-worth the visit, and I can't wait to go back with future visitors. 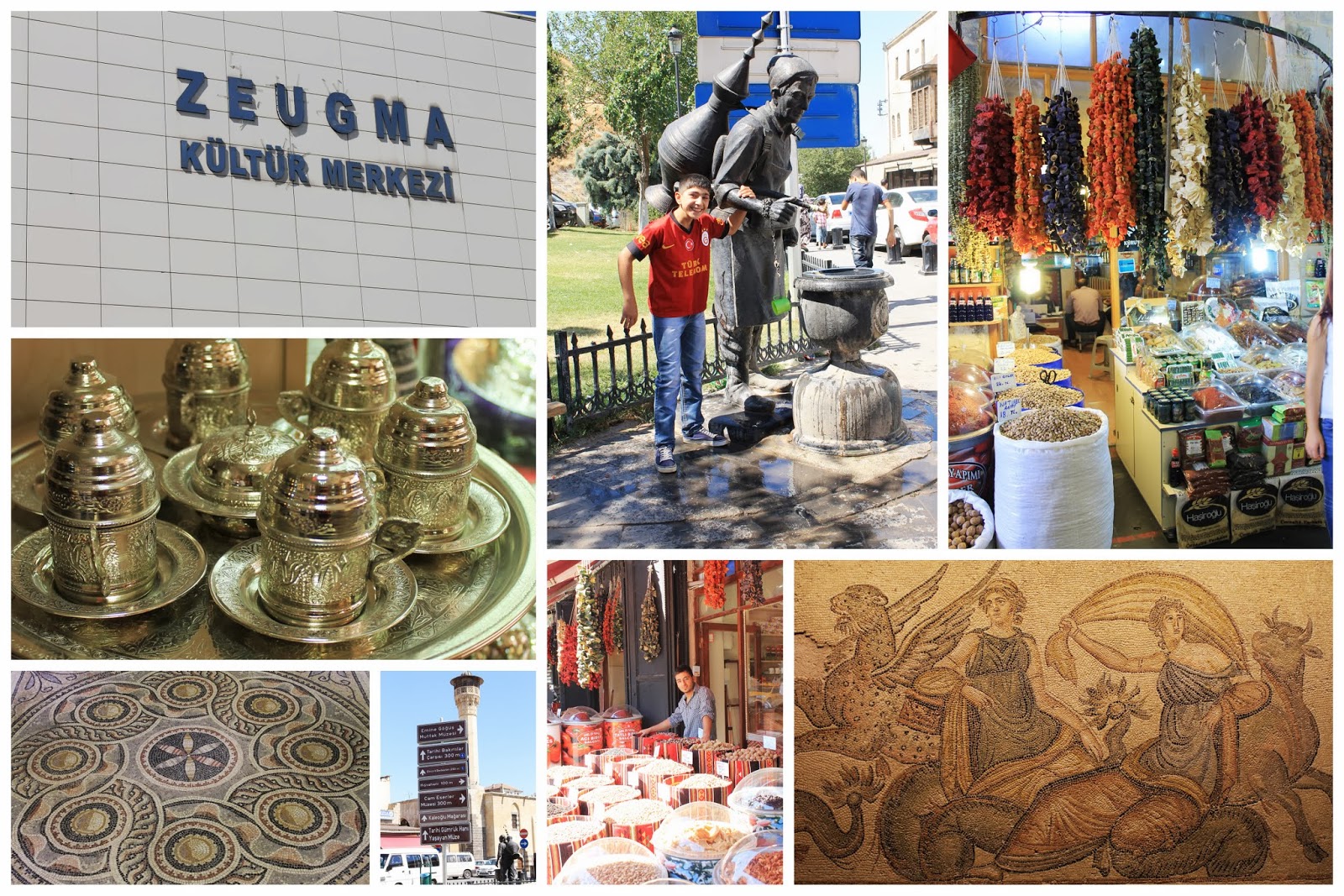