Hello all you voyeurs out there.  As promised, the grand tour of our apartment.  No I will not show every room, because frankly, they didn't change all that much except for some fresh bedding and a wall hanging or two.  Since S and I moved from a tiny shoe box to this grand palace, we had to go out and buy new...everything for the guest bedrooms.  But here are some of the best and biggest changes we made.  For those FS families out there wondering what housng in Adana is like, all the apartments are 4 bedroom, 2 bathroom with open dining/living rooms and large balcony(ies).  So, here we go.
E's Room
E's room is my favorite.  We brought his old crib, his toy box, alphabet rug and all the other decorations from his old room back in New York. We had gone with a "world travel" theme when I was pregnant, way before we knew the FS was a real possibility, but now that world travel is a reality, it seems to be a perfect fit.  The painting above his crib is the alphabet with a different world city for every letter.  S and I joke that we want to take him to visit all the cities.  So far we've only managed to get New York (the letter "N") under our belts, but Istanbul is the letter "I," so we're getting closer! 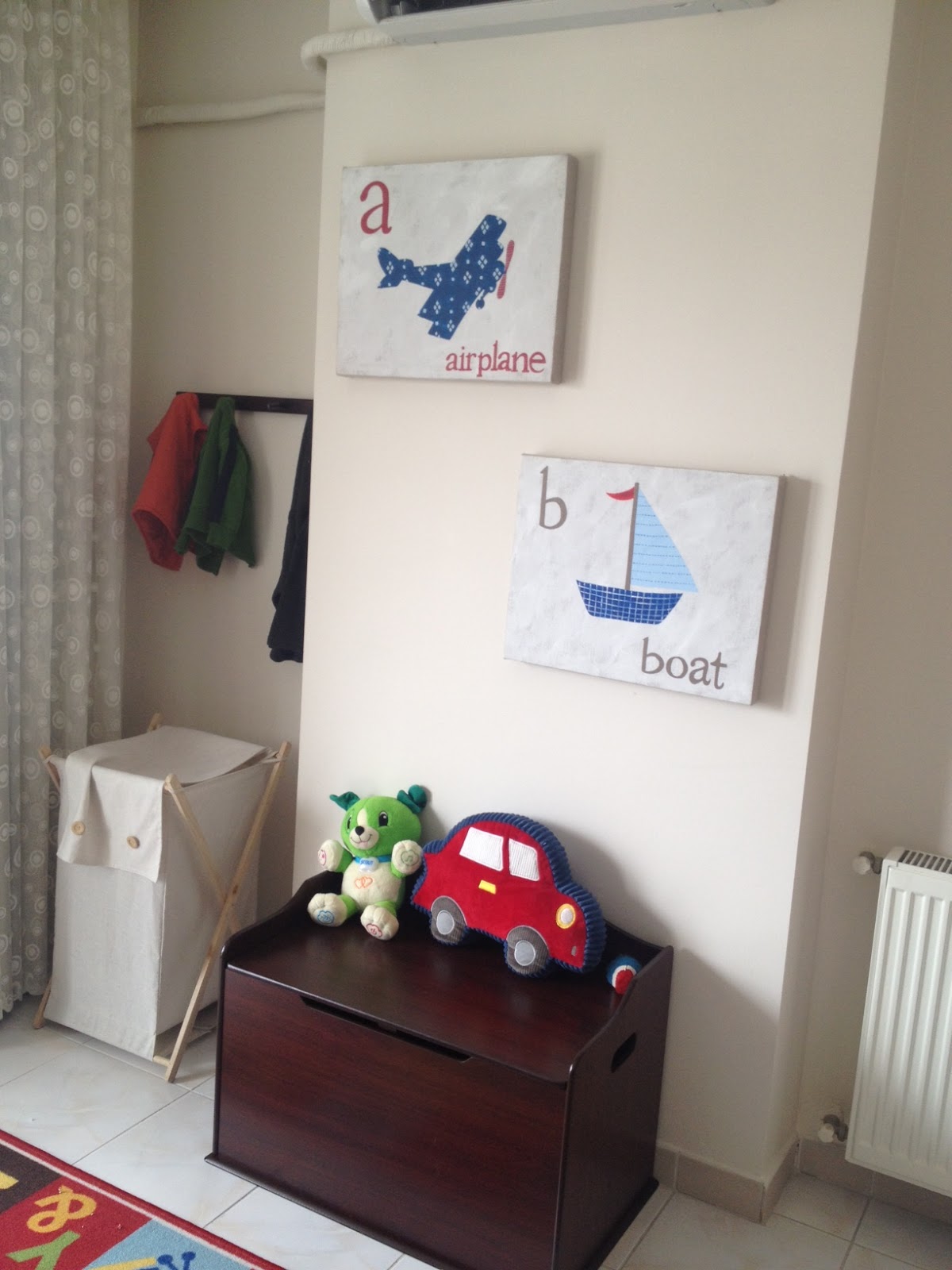 
Next, we carved out a little nook in the living room for E to play.  The living area is massive, so there was plenty of room to make this happen. Now we can be entertaining guests or S and I can be enjoying a movie or TV show while E plays right there near us without making a complete mess all over the apartment.  And it leads out to the balcony where we have his water play table set up, so it works out perfectly.


We set up a nice reading space in another alcove off the dining room that originally had lone yellow couch.  Since I thought a couch looked weird sitting in the dining room, I tried to create a reading area with two chairs and a couple book shelves.  The before and afters are a bit off, but you get the idea.

Those chairs were moved from the formal living room (see below) which opened up the room a bit more.  And before I start to sound like an HGTV host, I will let the photos speak for themselves.  ﻿
﻿

The den is where we spend lots of our time either watching TV, reading or playing with E. We shipped our comfy recliner with us, and S and I tend to fight over who gets to sit in it.  Even E loves it and can sometimes be found lounging with a sippy cup in his hand.  Unfortunately, I don't have a very good "before" shot, so here is the final result.

﻿
So there you have it!  Our home for the next two years.  Hope you enjoyed!