Yesterday, a group of us took a drive about 80km northeast of the city to the ruins of an ancient Hittite fortress called Karatepe.
Karatepe was built in the 9th century BC on a hill overlooking the Seyhan River, but it wasn't discovered until 1946.  Archaeologists uncovered ancient lion statues that were believed to have served as two entrances to the fortress, stone tablets carved in Hieroglyphics and Phoenician languages, and numerous clay pots, urns and bowls.  Relief carvings depicting scenes of hunting and figures of gods and sphinxes were also discovered, and according to guide books, the style shows influences from a number of other cultures like the Assyrians and Egyptians. This leads historians to believe the king at the time, King Azatiwatas of Adana, recruited foreigners to do the work.  Whoever did it was talented, and the artifacts were very well preserved considering their age and the fact that they were buried for so long.
The drive up took longer than expected, namely because we had to make several stops to allow farmers to shepherd their livestock across the roads, and because the roads were mostly gravel, which is an automatic cause for slowing down.  The site was tucked away in the woods overlooking a man made lake and surrounded by several picnic spots.  We set up our lunch spread when we arrived then set off for a hike through the woods.
The first thing you come across is a small, indoor museum which features many of the smaller objects behind glass, and signs displaying a brief history of the site.  The rest of the artifacts were scattered throughout the grounds in what is considered an open air museum.  Some of the stone statues have since been covered to protect them from the elements, but the rest are just there for all to see and touch.  And climb on, according to E.  Do you know how hard it is to keep a toddler from climbing on 3,000 year old statues that just look like a big rocks to him?  Very hard. But we enjoyed every second of it. 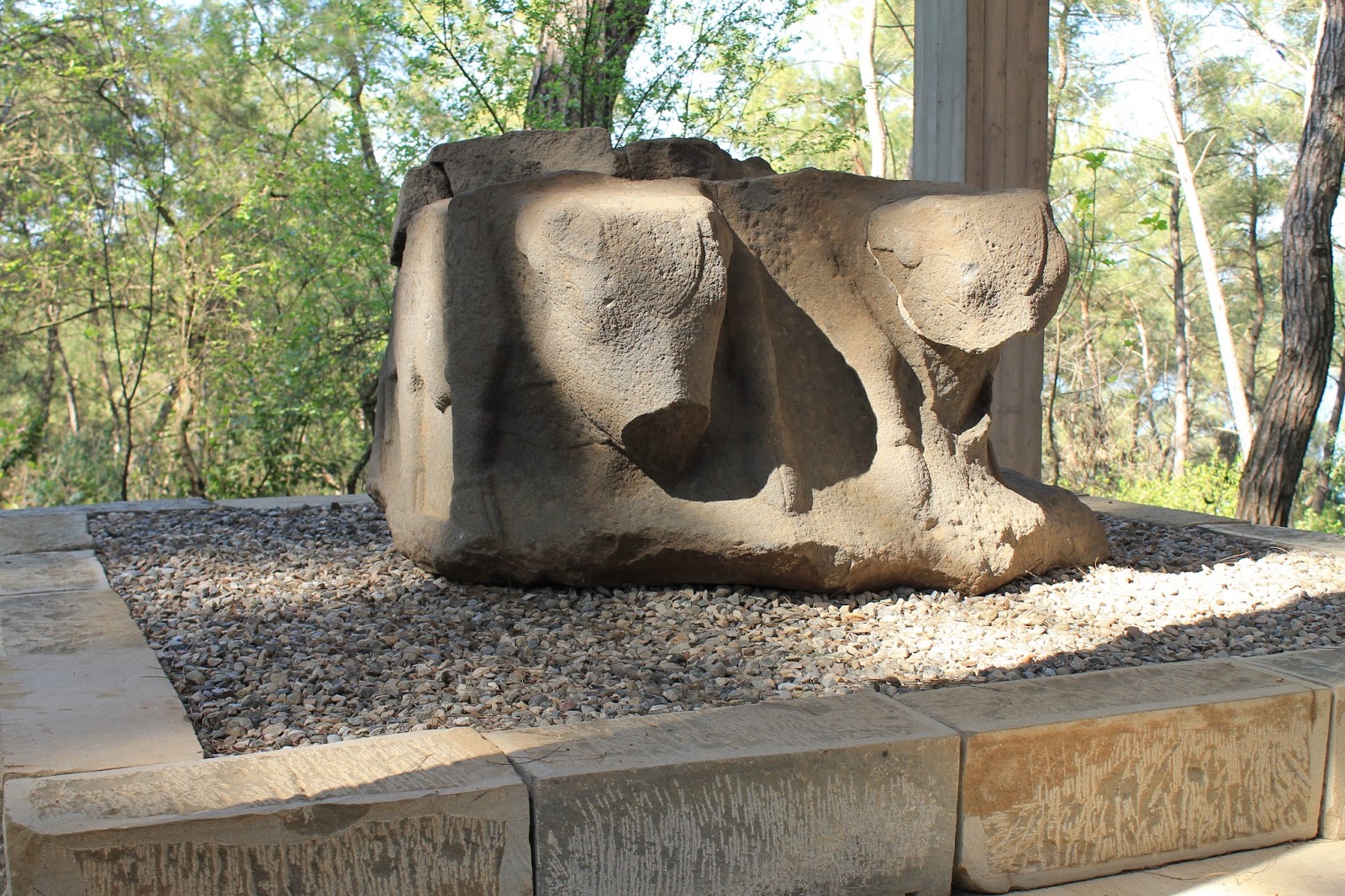 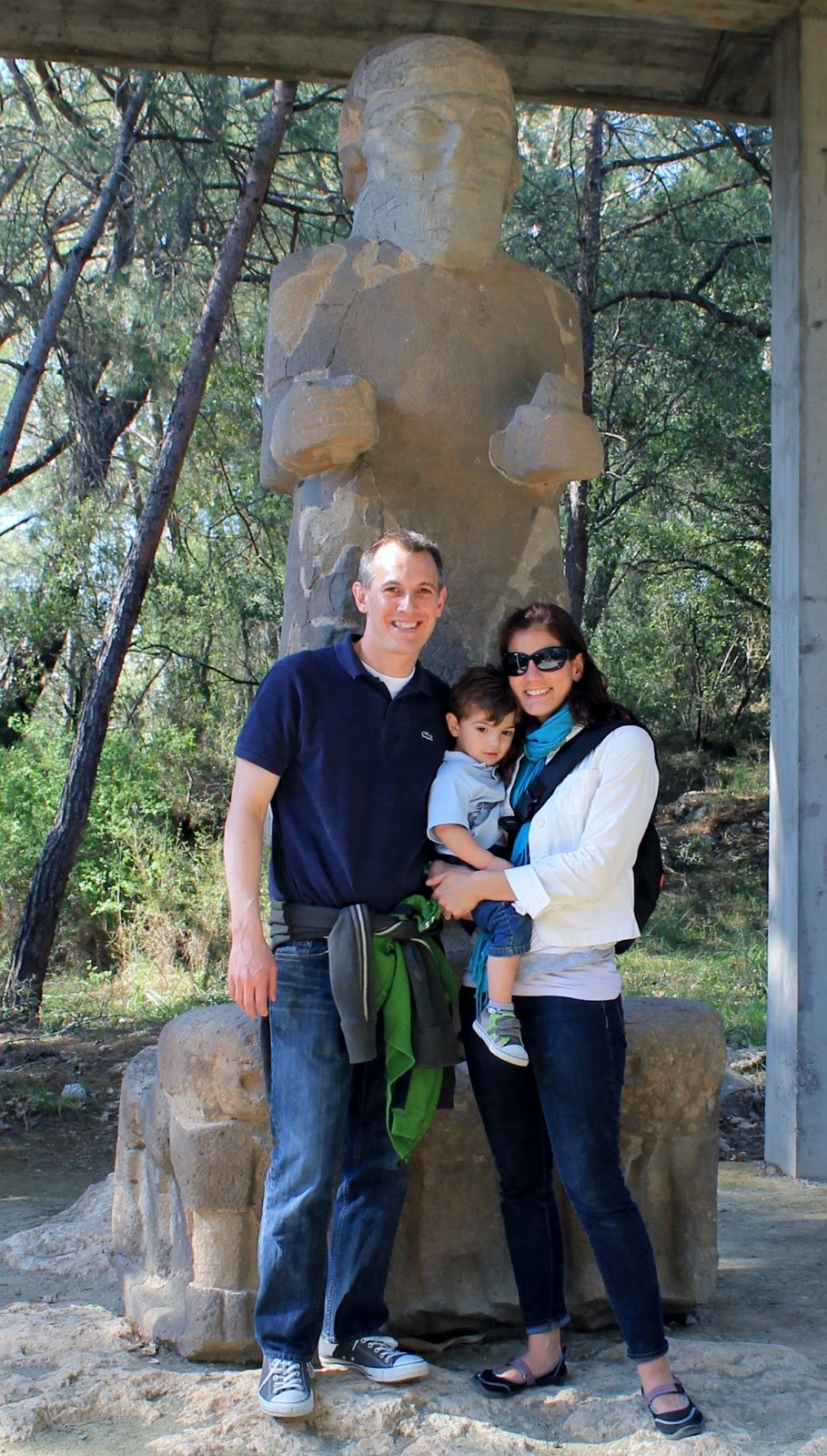 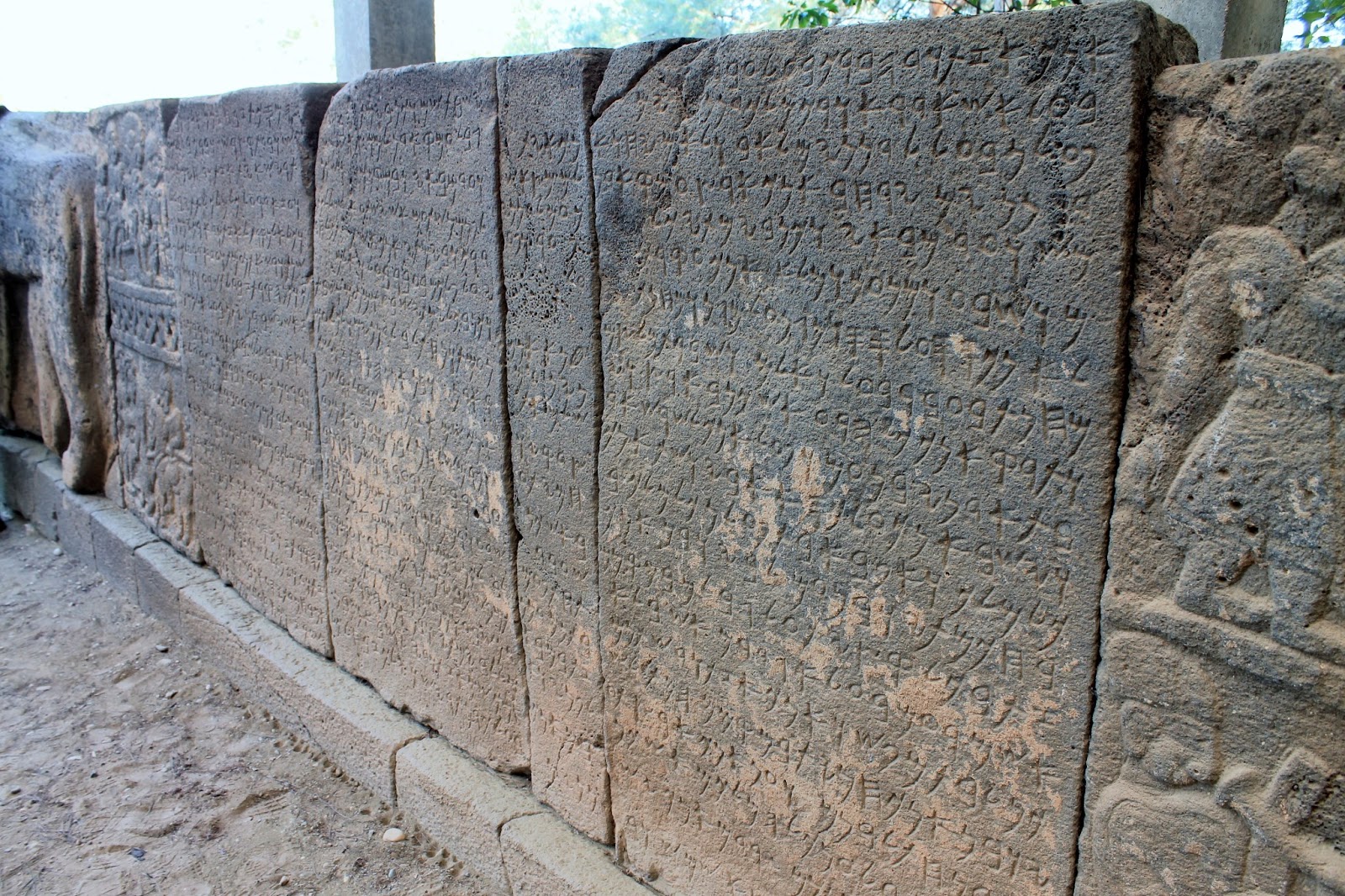