By now, everyone has probably heard about the protests/riots taking place in Istanbul, Ankara, and yes, even here in Adana.  What started as a protest over the construction of a shopping mall in a public park in Istanbul's popular Taksim Square (where we were just vacationing last weekend) turned into anti-government protests against the current administration and Prime Minister, Recep Tayyip Erdogan.

S and I have heard several accounts of displeasure and downright hatred of Erdogan from our local Turkish friends since we arrived in Adana five months ago.  Many Turks view his government as too Islamic-centered, and not secular like the founder of modern Turkey, Kemal Ataturk, believed it should be.  Ataturk is revered almost as a god-like figure here.  You can't walk one block without seeing his image in a store window or on the back of a car. Streets, parks and even airports are named for him.  Erdogan, although he has reportedly boosted Turkey's economy since taking office 10 years ago, has governed with a more conservative outlook, exactly the opposite of what Ataturk stood for, by setting strict rules on alcohol consumption and sales, cracking down on PDAs (there was a kissing protests a few weeks ago for this exact thing) and even doing away with a lot of holiday celebrations put in place by Ataturk nearly 90 years ago.  People are angry.  People don't want to see their country turn into something other than the equal and fair democracy that it was designed to be, and they feel Erdogan is attempting to do that.  The construction in Taksim Square was just the straw that broke the camel's back, in my opinion.

Where these protests will lead is anybody's guess.  I figure things will turn back to normal when Monday morning rolls around and everyone realizes they need to get back to work.  But you never know.  For now, people are raising flags, chanting and attempting to peacefully protests a government they disapprove of, which is truly the democratic way.  I hope the police get that message.  And I hope the people of Turkey get what they truly want and deserve.

Below are some photos from the protests here in Adana.  The first few photos were taken by me as we walked home from dinner last night.  Everyone was chanting and singing and marching peacefully and with purpose.  The last few are from a Turkish website that detailed the events that unfolded after the cops showed up.  It's a shame this is happening and I hope it ends with a peaceful and fair resolution.

Notice the group of men with red flags in the first pictures, and then see them again in the last picture. 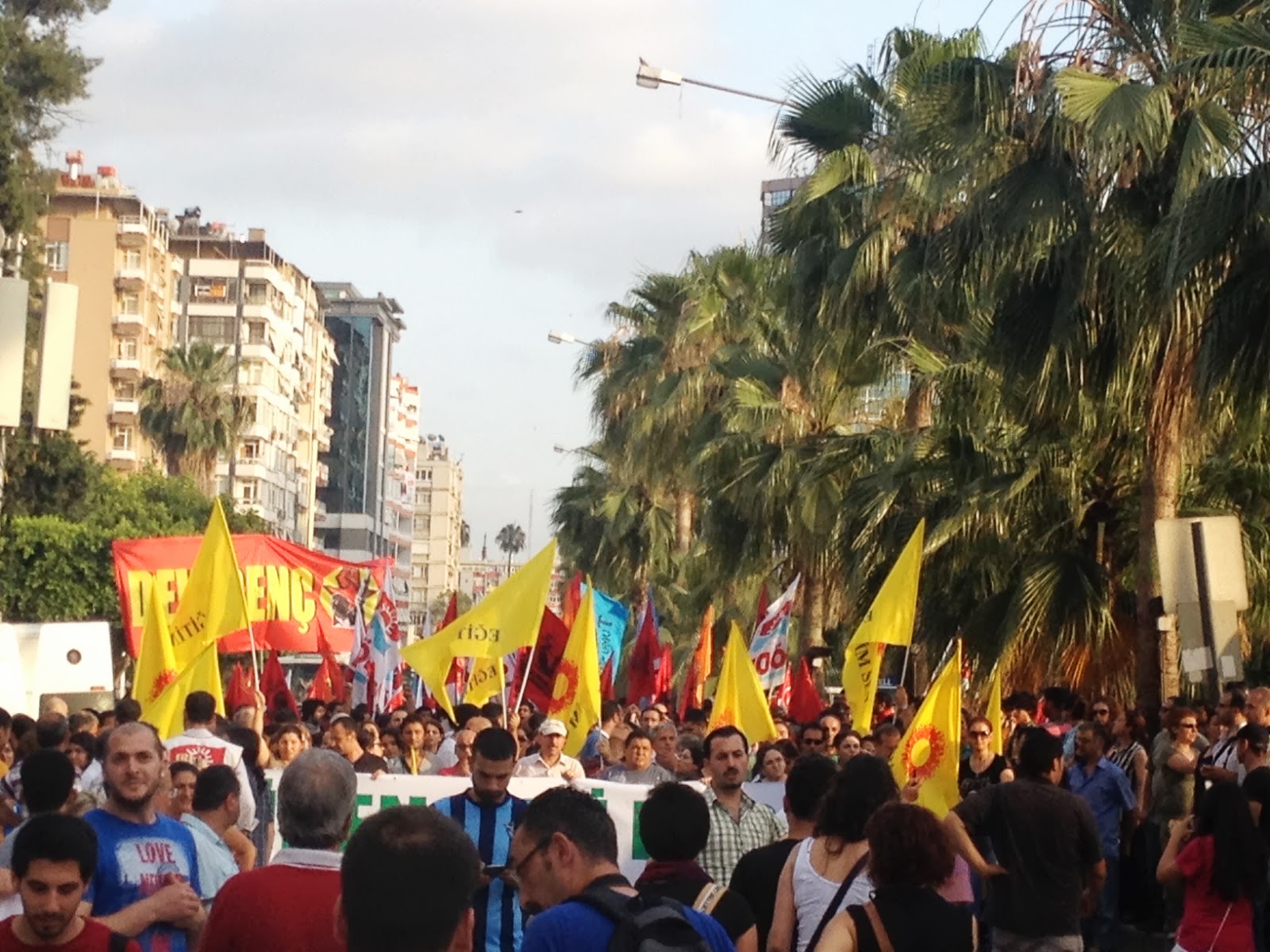 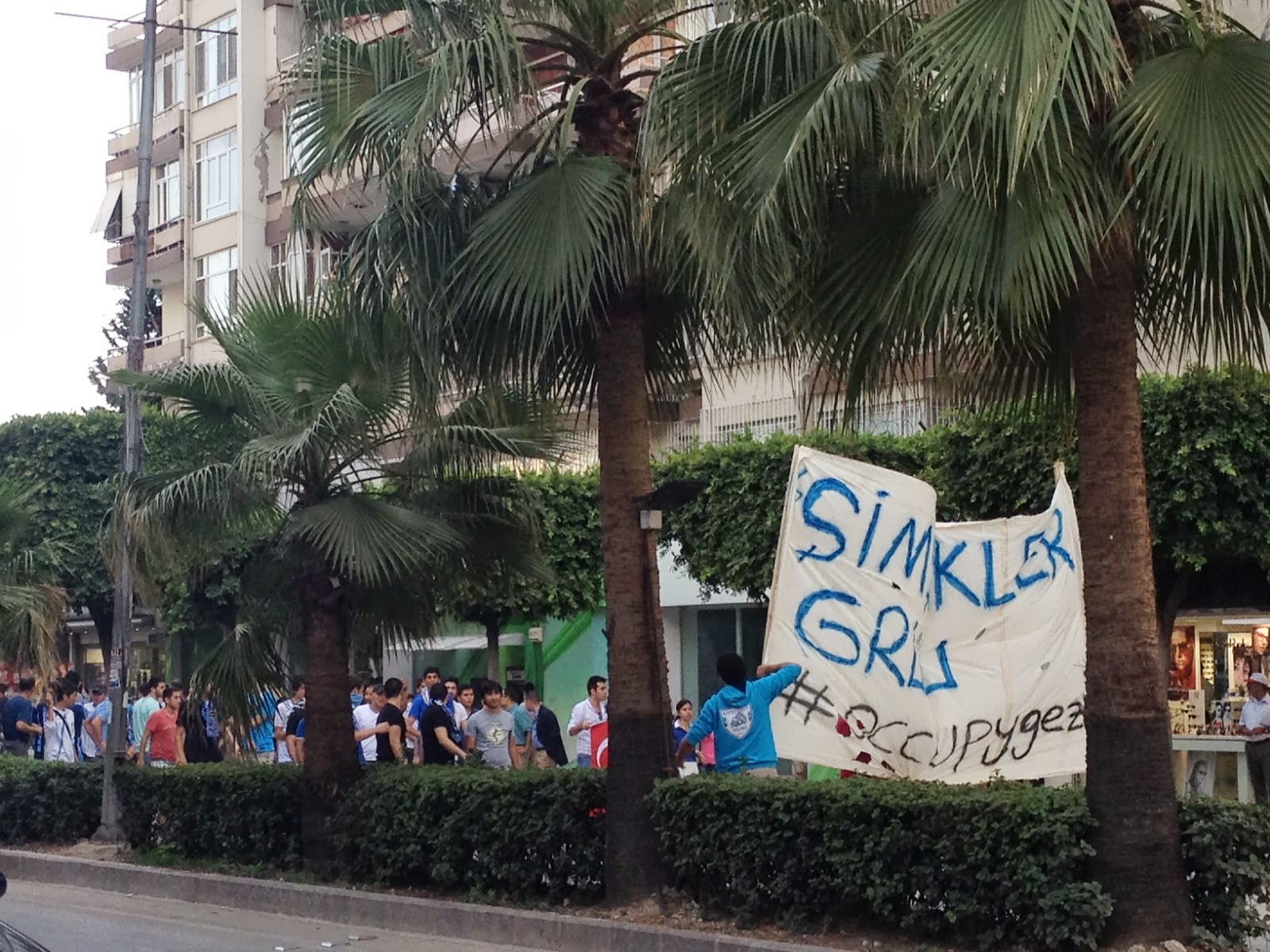 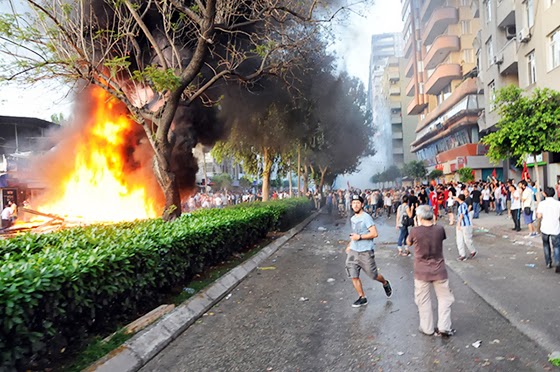 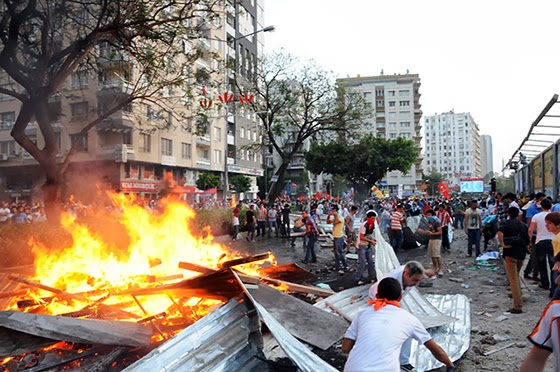 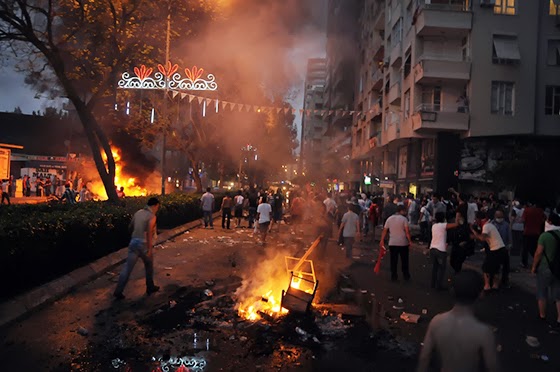